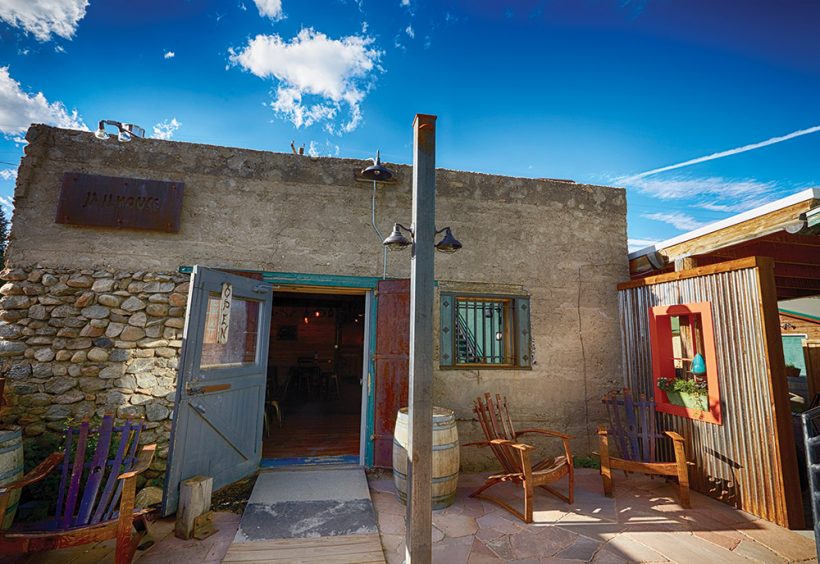 Photo by The Brewtography Project

Doing a stint behind bars in Buena Vista, Colo., probably wasn’t much fun in 1880 when the tiny town was just forming as a stopover for miners bound for the hills. Serving time in that same building today, however, means something totally different. In July 2016, Colorado beer-industry pro Sarah Haughey opened The Jailhouse Craft Beer Bar in the squat, 850-square-foot building that briefly served as the town jail 137 years ago.

Built out of stone from the nearby Arkansas River, the Jailhouse is still held together by a cable that stretches from one wall to the other—a turn-of-the-last-century structural technique—and the only restroom is a 1910-era outhouse out back, though it’s now plumbed and heated.

That Old West charm turns decidedly new-school, however, when it comes to the menu. Haughey and her fiancé Shane Stewart serve 10 beers on tap, mostly rare or unusual offerings, along with a selection of bottles and cans. Recent examples include Perennial Artisan Ales Abraxas Imperial Stout, Two Roads Two Juicy Double IPA, Boneyard RPM IPA, and Arizona Wilderness Bear Wallow Berliner Weisse, along with rarities from Colorado breweries like Cannonball Creek and Casey Brewing and Blending. A small menu of locally produced meats and cheeses complements the beers.

“Most of the brewers are friends of mine, so they hook me up with some of their more unique and small-batch stuff,” explains Haughey, adding that she travels the state talking to brewers and picking up beers. “That legwork shows them I care.”

It’s the kind of tap list that would make larger bars in Denver jealous, but one Haughey has access to because of her experience: she worked as marketing and events coordinator for Crooked Stave Artisan Ales before moving to the mountains in 2015. In the first year after she opened, Haughey served 400 different beers.

“Her rotating taps are pretty awesome because there is such variety and there is always something new,” says Nancy Anderson, who has been a regular at the Jailhouse with her husband, Scott, since the day it opened. “My particular favorites are IPAs and Double IPAs and I can pretty much count on there being something new every time we go in.”

The Andersons are also regulars at a few breweries in the area, but they believe the Jailhouse “upped the game” in Buena Vista because of how widely it has expanded the options for people who might not otherwise get to try some of the rare beers it has on tap.

Although the inside of the bar is small—it seats 49—there is an expansive patio filled with custom furniture made from wine barrels. There’s also a courtyard that connects to a rotating food truck and an ice-cream joint, which makes the area a hugely popular summer hangout with both locals and tourists. The Jailhouse stays open all winter, as well.

“I’m a history buff, so to be able to find this building was amazing,” Haughey says. “I’m not sure an opportunity like this would have ever come up again.” ■ 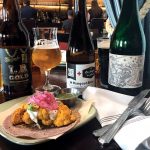 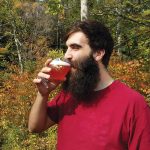