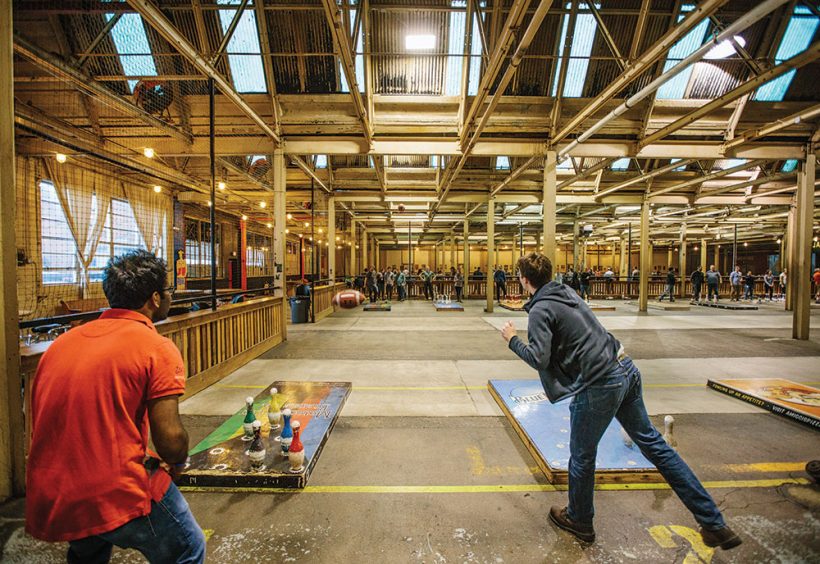 Photos by Haas and Haas Photography

On an average weekend, hundreds of Midwesterners and a handful of Canadians brave frigid evenings driving to the Fowling Warehouse in Hamtramck, Mich., an immigrant, working-class enclave of Detroit.

In a 100-year-old former axel factory, the warehouse looks and sounds more like an indoor batting cage arena than a popular bar. Netting surrounds 30 lanes in the middle of the open space, shoes squeak against the floor, and every so often the crashing sound of a football hitting 10 heavy bowling pins followed by loud cheering echoes through the 55,000-square-foot building.

While this lively bar offers upwards of 180 beers on tap and in cans and bottles, the real draw here is fowling, a hybrid game conceived by a Michigan native that combines football and bowling. To play, teams take turns throwing a football to knock down all of their opponents’ bowling pins. Invented by Chris Hutt and his friends while tailgating at the 2001 Indianapolis 500, the game—which rhymes with “bowling”—came to Michigan when Hutt opened the Fowling Warehouse in late 2014.

Fowlers taking a break from the game rest their beers on tables made from industrial-sized wooden spools in the 175-seat beer garden near the fowling cage, or gather at the main bar made with wood reclaimed from an Indiana bowling alley. On weekends, bands play live music on a small stage.

Like many of America’s favorite leisure games such as washers, horseshoes, or beer pong, fowling is best played with a beer in hand. “The first rule we wrote is that if you are not drinking, you are cheating,” says Hutt.

The wide range of ales and lagers—mostly in cans—leans heavily toward the Michigan beer scene, like tallboys of M-43, a New England-style IPA from Old Nation Brewing Company in Williamston, and Northern Hawk Owl, a Red Ale from Right Brain Brewery in Traverse City. Being an apple-growing state, the warehouse always carries about 20 cider options as well. And the six beers on draft make it to the hands of thirsty patrons in a matter of seconds thanks to Bottoms Up, a draft dispensing system from an Indiana company that can pour up to 44 pints per minute by filling special plastic cups from the bottom.

The unique atmosphere and wide selection of beers draws fans from across the Canadian border, too. “The Fowling Warehouse has one of the largest and most diverse selections of beers and ciders in the area,” says Jeff Gerard, a Canadian who works in the Ontario beer industry, but crosses the Detroit River about once a month to visit the Fowling Warehouse. “They are proud Michiganders and enjoy promoting their local products and beers.” 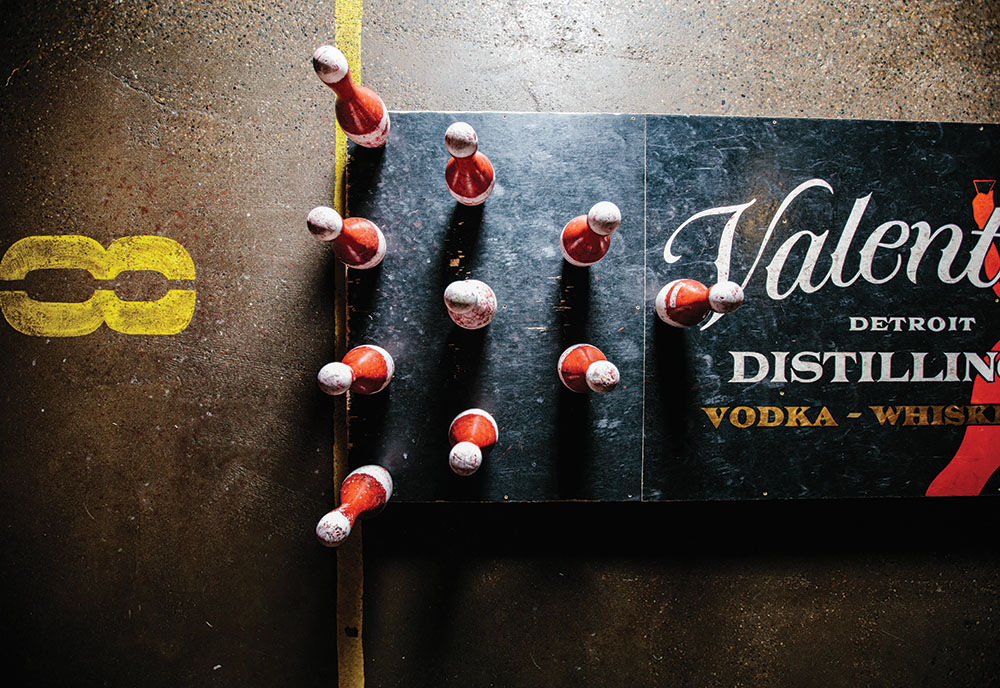 Overwhelmed with the sheer selection of beverages? Enter the Mystery Beer Machine, a repurposed vending machine that’s been covered in chalkboard paint and decorated with question marks. Patrons can choose a mystery beer or cider (prices range from $2 to $6) and hope they like what they get. Hutt says the machine helps rotate new inventory and encourages patrons to try brands and styles they might normally overlook.

“We have so many beer choices here it can be overwhelming, so people will just choose something they already know,” Hutt explains. (Among the 180 brands are mass-produced lagers with big local followings like Labatt Blue, Hamm’s, and Milwaukee’s Best.) “The Mystery Beer Machine helps people sample really good beer they might not have tried otherwise.”

While the Fowling Warehouse doesn’t serve food, it does encourage patrons to bring in their own bite to eat or have it delivered from the wide range of Polish, Middle Eastern, and Italian restaurants in the neighborhood. Occasionally, local food trucks dishing up sandwiches or pizza will also park outside.

Since Hutt opened the Fowling Warehouse, he says the popularity of combining two of America’s favorite sports in a bar with a great beer selection was almost immediate. In late 2017, he expanded the warehouse to add 20,000 more square feet and 10 more fowling lanes, where die-hard fans of the hybrid sport meet up for weekday leagues. In February, Hutt opened a second location in Grand Rapids. “We wanted to be there because it’s on the other side of the state, and [because] Grand Rapids is Beer City USA,” explains Hutt. The newest location offers 30 lanes and the same lineup of locally focused beers. Building off of its success in Michigan, Hutt says plans for taking the game nationwide are in the works. ■ 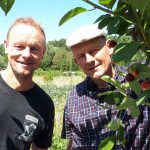 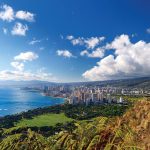 Next: Where to Drink in Honolulu, Hawaii
Tags: Bars, Michigan, Sports